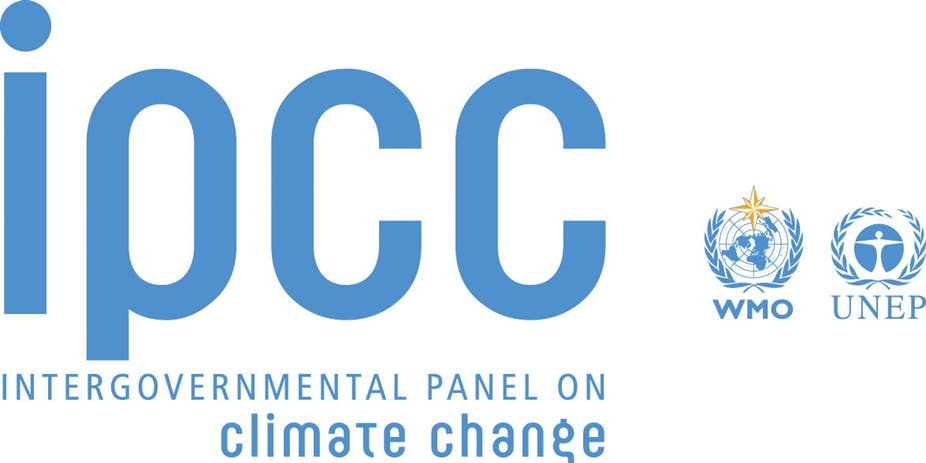 On the heels of its report on climate change and land, the Intergovernmental Panel on Climate Change (IPCC) has now assessed the impact that climate change is having on the world’s oceans and frozen areas (known as the “cryosphere”). The IPCC’s Special Report on the Ocean and Cryosphere in a Changing Climate is a bleak read.

Almost three-quarters of Earth’s surface is covered by ocean, and another 10% is covered by ice sheets and glaciers. These ecosystems are critical to life on our planet, as they regulate the climate, feed the world’s growing population, serve as habitat for species, provide energy, are critical to cultures around the world, and allow for transport and trade, among other benefits. The impact that climate change is having on the ocean and cryosphere will affect all people on Earth, but especially those in the Arctic, low-lying coastal zones and high mountain regions.

Here are four things you need to know about the IPCC’s findings:

1) The ocean is absorbing a significant amount of world’s heat and emissions — and feeling the effects.

•      Marine heatwaves, prolonged periods of extreme ocean warmth, are becoming more extensive, intense and long-lasting. Such extreme events can have profound impacts of marine ecosystems, reducing species diversity and harming foundational species such as corals and kelp. Marine heatwaves have likely doubled in frequency between 1982 and 2016.

•      Large-scale coral bleaching events have increased in frequency over the past two decades due to warming. The IPCC finds that reef degradation has already occurred worldwide.

•      Sea level rise has accelerated over the past few decades, given increased ice loss from Greenland and Antarctic ice sheets and from thermal expansion of ocean water. The rate of sea level rise from 2006-2015 was 2.5 times that of 1901-1990.

As a result of these changes, marine species are on the move to find more hospitable habitats, with cascading effects on food chains and ecosystems. Coastal nations in all regions are already feeling the effects on their fish stocks, coastal infrastructure, tourism, indigenous cultures and local biodiversity.

2) Earth’s frozen regions are losing ice and snow rapidly and warming faster than the rest of the world.

•      Arctic sea ice extent in September (when sea ice extent is at its minimum) has declined about 13% per decade (during the satellite era from 1979 to 2018), changes likely unprecedented in at least 1,000 years. The Arctic’s older, thicker sea ice, which acts as a bastion against melting of other sea ice, has almost completely disappeared. Only about 10% of sea ice is at least five years old.

•      Ice sheets and glaciers are losing ice around the world. Between 2006 and 2015, Greenland’s Ice Sheet lost 278 gigatons (Gt) of mass per year. Antarctica’s Ice Sheet lost 155 Gt per year, and glaciers around the world (beyond Greenland and Antarctica) lost 220 Gt a year. Combined, the ice loss between Greenland, Antarctica and other glaciers not part of ice sheets was 653 Gt per year. For context, a single gigaton of water would fill about 400,000 Olympic pools.

•      All mountain regions have seen a decline in depth, extent and duration of snow cover. Between 1967 and 2018, June snow cover extent in the Arctic dropped 13% per decade.

•      From 2007 to 2016, permafrost temperatures increased by about 0.3 degrees C (0.5 degrees F), a record level of warming for permafrost. Warming of permafrost can be a ticking time bomb. Arctic and boreal permafrost contains 1440-1600 Gt of carbon. When it melts, that carbon is emitted into the atmosphere, fueling more warming.

3) Things are poised to get worse — a lot worse.

Projections are also grim for the cryosphere. Even in a low emissions scenario, glacier mass is expected to decline by about 18%-36% by the end of the century, contributing to 3.7 inches-7.9 inches of sea level rise. Some areas that have little ice cover, like Central Europe, North Asia, Scandinavia, low latitudes and the Caucasus, are expected to see a more than 80% loss of glacial mass by the end of the century under a high emissions scenario. Snow cover is also expected to continue to decline. Irrespective of our future emissions trajectory, average winter snow depth in low-elevation mountain areas is projected to decrease by 10-40% by 2031-2050, compared to 1986-2005. Species will decline at higher elevations as their ranges contract and glaciers and snow disappear. And depending on the level of warming, tens of billions to hundreds of billions of tons of permafrost carbon will be released to the atmosphere.

Low-lying cities and small islands are particularly vulnerable, and are expected to experience extreme sea level events such as storm surges. Marine ecosystems will also be at the verge of collapse, with warm water corals still at extreme risk even if warming is limited to 1.5 degrees C (2.7 degrees F).

As a result of impacts to the ocean and cryosphere, communities around the world will see their water resources disappear, experience floods and landslides, face changes in food supply, and witness the degradation of ecosystems, infrastructure, recreation and culture.

But there are very clear adaptation limits, and many impacts will still occur even if we reduce emissions. Some island nations, for example, could become uninhabitable due to sea level rise. Even if warming is limited to 1.5 degrees C, some communities — such as those in the high mountains, Arctic and along the coast — will not be able to adapt to all climate impacts.

The Ocean As Part of the Solution

This recent IPCC report adds to the growing heap of scientific evidence that climate change is rapidly transforming the ocean and cryosphere in a manner that puts life on Earth at risk. However, science is also offering a glimmer of hope.

A report from the High Level Panel for a Sustainable Ocean Economy released earlier this week found that ocean-based climate action could deliver up to 21% of the emissions reductions needed by 2050 to limit global temperature rise to 1.5 degrees C, the target necessary to prevent some of the worst impacts. It considers the potential of ocean-based renewable energy (offshore wind farms and energy from wave and tidal systems); decarbonizing marine transport through energy efficiency and alternative fuels; restoring and protecting “blue carbon” ecosystems such as mangroves, salt marshes and seagrasses; and low-carbon ocean-based sources of food. These measures would not only help reduce the emissions that are warming and acidifying the ocean; they would create new jobs, enhance coastal resilience, boost food security, and improve air quality and human health.