IPCC climatologist Hans-Otto Pörtner: 'There is no time to wait'

Sea levels are now expected to rise even higher beyond the end of the century, putting coastal regions at extreme risk. Hans-Otto Pörtner says the time for drawn-out discussions has passed — we need to act now.

The Intergovernmental Panel on Climate Change (IPCC) has prepared a special report on climate change and its link with oceans and the cryosphere in order to investigate how the most remote places on the planet would be influenced by climate change — and how this could in turn impact human societies on different continents. DW spoke to Hans-Otto Pörtner, a climatologist and Co-Chair of the IPCC's Working Group II, for a round-up of some of the report's most alarming findings and why we need to act sooner rather than later.

*DW: Why should people be concerned about the ocean and cryosphere in particular?

-Hans-Otto Pörtner: We should all be concerned because the oceans are covering more than 70% of the planet and sea level rise concerns many coastlines, especially the low lying coasts and the low lying islands. The small island development states are among the most vulnerable places on the planet. If the cryosphere is melting, the sea level is rising and you feel that in the tropics. What better evidence can you mention for such teleconnections?

So what are the main findings of the report?

-Hans-Otto Pörtner: The projections of sea level rise over time in relation to the climate scenario have been updated. They will rise to even higher levels beyond the end of this century, essentially with some likelihood to reach several meters over time. And you can imagine what this means for coastal infrastructure, coastal defense, cities.

People will no longer possibly be able to maintain certain places under the influence of sea level rise. They may have to retreat, and all of this depends on decisions to be made by policy at this time and over the next few years [in terms of] which scenarios to go for. And this special report in that way adds to the two other special reports that we have published in this assessment cycle starting with a special report on 1.5C degree global warming, and the special report on climate change and land which was published in August.

*So how does it complement those two reports?

-Hans-Otto Pörtner:-Building on the 1.5C degree report, there are millions of people affected more or less. For example, between 1.5 and 2C degrees we saw a difference of sea level rise by end of century of 10 centimeters. But if you add on top of that the rising intensity of storms that is projected [as a result of] climate change, this means several million more people are affected under less ambitious climate mitigation efforts.

*So if we carry on as we are doing now are we going to have to abandon some of our coastal cities?

-Hans-Otto Pörtner: I would say that the projections are pointing in that direction. The report doesn't give the exact numbers, but it says the numbers will be higher than recently anticipated during the last assessment cycle, the AR 5  [report from 2014]. They give stark warning to policy [makers] that this is something to be taken into account. And yes, there may be places that are no longer defendable, depending on how strong coastal defenses would have to be built in order to keep the water out.

*Are you making concrete recommendations to policymakers as to how they should be acting to mitigate further climate change and to help people adapt, especially the most vulnerable?

The reduction in fisheries productivity depending on the degree of climate change so all of this adds to the picture that we currently have for the land sector. It also strengthens the message that actually a good way forward for humankind would be to restore natural ecosystems. Strengthening the current efforts internationally to set aside marine protected areas partly as buffer zones for fisheries but also to preserve biodiversity. The core message really is [that] there's no deviation from what we talked about in the 1.5C degree report and in the land report. The remote places of the planet are connected to where we live and we would see those impacts on top of those that we are causing in our own places where we currently live.

*The land report sparked a major discussion about what we have to do to tackle climate change and secure the future. Politicians even appear finally to feel the need to act. How does the ocean and cryosphere report relate to that — do you expect this report to have a similar effect?

--Hans-Otto Pörtner: I would say yes. It complements our picture of the whole planet and how it responds to climate change. This concerns, for example, the role of cryosphere to provide fresh water to people. We see vanishing glaciers. This concerns some of the areas on the planet which depend mostly on the glaciers as a fresh water resource. This is another element where the cryosphere plays a role. Limiting the degree of sea level rise is an existential necessity for many coastlines including coastlines in Europe because we may otherwise lose places, lose large infrastructure.

So, I mean, what additional motivation do you need in addition to all the other information that was provided and the emissions scenarios discussed in the 1.5C degree report, which tells us that emissions reductions need to reach about 50% compared to 2010 by 2030 and then reach net zero by 2050.

And we add to the rich information that we already have telling us it's time to act. And there is no time to wait. There's no time for extensive discussions, political discussions, we should have all the technologies available to us in place to help us mitigate climate change. And as we cannot reduce the climate to its original state, there is also the need to adapt and these options are considered in the report.

*Are you optimistic that we can still get climate change under control?

--Hans-Otto Pörtner: With all of the options that we've been discussing and seeing the current movement in society — the mobilization of the young generation that is taking up this information in a very clear and convinced manner — I think building on this momentum I see a chance. Yes, policy is moving. They are feeling the pressure to act and many of them are also seeing the risks themselves. They're not just responding to voters' interests but may finally capture the existential threat that is coming out of climate change. 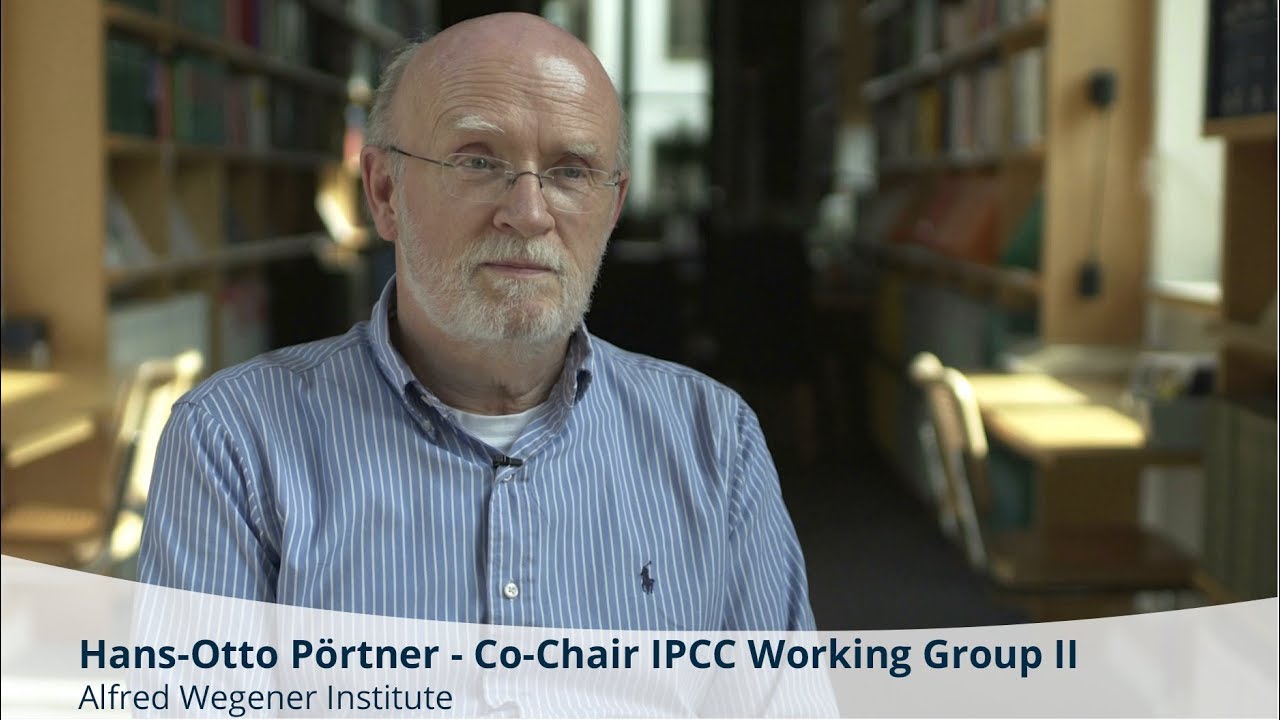 Hans-Otto Pörtner is a German climatologist and the co-chair of the IPCC's Working Group II. He is currently the head of the Department of Integrative Ecophysiology at the Alfred Wegener Institute, Helmholtz Center for Polar and Marine Research in Bremerhaven, Germany.